So, for the most part, we here at The Catholic Realist have stayed away from discussions about politics – even Catholic politics.  I can’t speak for my fellow realists, but I often find that political discussions, no matter how well-intentioned – end up divisive and destructive.  However, every so often a story grabs my attention and I feel like it’s worth a comment.

Indulge me for a moment, won’t you?

According to reports, Dolan has extended an invitation to President Obama to the annual Al Smith dinner in New York City. The president, reportedly, has accepted.  The dinner is one of the most prestigious political events in New York City particularly during a presidential election year and candidates from both parties usually attend.

Known for its lighthearted political speeches, the major speakers deliver a series of self-deprecating jokes while ribbing their opponent at the same time. In October 2008, Senator John McCain and Senator Barack Obama both attended the dinner, accepting an invitation by Cardinal Egan of New York. During the dinner, Cardinal Eagan expressed his “delight” that Obama and McCain had attended, called them “outstanding exemplary Americans.”

But this year, some Catholics are surprised to hear that Archbishop Dolan had invited Obama, now that he is president. Should the Archbishop associate a fundraiser for Catholic Charities with a leader whose administration remains defiantly opposed to Church moral teachings?

It’s not unprecedented in a presidential election year for a candidate not to be invited. In 1996, Cardinal O’Connor did not invite President Clinton or Senator Dole to the dinner and, in 2004, neither Sen. John Kerry nor President Bush were invited.

Obama’s attendance at the dinner this year could be awkward, particularly since the Catholic Church’s relationship with Obama has been severely tested in the battle over his administration’s contraception coverage mandate issued by the Department of Health and Human Services.

According to Dolan, Obama assured that his administration would not “impede” the work of the Catholic Church. But once the mandate was issued, Catholic bishops publicly denounced the move, calling it a threat to religious freedom.  What’s worse, administration officials who met with the bishops about the mandate refused to compromise in any meaningful way.

“Obama’s attendance at the dinner this year could be awkward…” Awkward?  Talk about an understatement!  The invitation itself has inflamed the ire of Catholics across the country.

Jason Jones, Catholic film producer and advocate for the dignity of human life around the globe had this to say:

Man-up Catholics! We should be plotting a coup d’etat not inviting the enemy of the Church to our parties!

“Regardless of what they’ve done in the past, it is unthinkable for a Catholic charity to invite the man [President Obama] seeking the destruction of religious freedom in America to a fundraising event. This sends the wrong message to pew-sitting Catholics, who are anxiously looking to our bishops to stand up and fight against this clear enemy of the Church who will be joining them for dinner.”

Even Fr. Frank Pavone of Priests for Life got in on the anti-Obama action saying,

“I’m all in favor of protocol and understand the difference between respecting the president’s policies vs. respecting his office,” he said in a statement. “But there comes a time when the polite putting aside of differences for a while amounts to scandal.”

There’s a whole group of Catholics who have started an online petition begging Cardinal Dolan to rescind his invitation to the President.

We find it to be an outrage and a scandal that in light of ongoing court litigation due to President Obama’s HHS Mandate forcing Catholic organizations to violate conscience, shut down ministries, or pay an excessive tax to continue operations, that one of the most recognizable Cardinals in the United States, would bestow such an honor on President Obama at an election year event that the world will be sure to receive as you giving him your tacit blessing.

We the undersigned prayerfully implore you to halt this travesty immediately and call on you to uphold the sacred mission of your Catholic Diocese. May God grant you the courage and wisdom to do what is right. 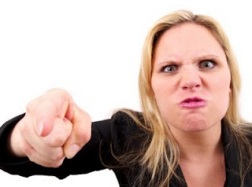 Matthew 5:22 my friends…Jesus had something to say about anger that is destructive and unnecessarily demeaning.

Those of you who know my tendency toward argument and my proclivity for contradiction won’t be surprised to find that I respectfully disagree with these fellow Catholics.

It seems to me there was someone else once who invited sinners to dinner…who was it again…wait, oh yes… JESUS!

“I’m all in favor of protocol and understand the difference between respecting the president’s policies vs. respecting his office, but there comes a time when the polite putting aside of differences for a while amounts to scandal.”

Does this look or sound like a man who is going to “put aside his differences” and quit, even for one night, fighting the good fight?

Cardinal Dolan is in not putting aside his difference with this Administration, and to suggest that he is doing so is just downright ridiculous.  At the same time that he extended this invitation, Dolan has continued to push forward with the lawsuits against the Administration’s unjust HHS mandate and has repeatedly indicated that he intends to fight the mandate:

Over the course of the coming year, the effort to protect religious liberty and the freedom of conscience will continue.  In the end, this is not about bishops, it is not about Catholics, it is not about contraceptives.  It is about the ideals our nation was founded upon: Congress shall make no law respecting an establishment of religion, or prohibiting the free exercise thereof.  You can’t do much better than the First Amendment to the Constitution.  The founding fathers got it right.  The HHS mandate gets it wrong.  We are fighting to correct that wrong, in order to make sure that religious freedom continues for the generations to come after us.

By inviting Obama to this dinner in spite of their nearly irreconcilable and fundamental disagreements about religious liberty, the dignity of the human person, and the nature and function of marriage and family, Dolan, by the grace, wisdom, and courage of God, has reminded us that President Obama is a human being worthy of dignity who holds an office worthy of respect.  He has reminded us that we are called not to demonize Obama and this administration – but to engage in charitable and honorable dialogue.  He has reminded that even when our enemies resort to the evil tactics of manipulation, lying, disinformation, and mud slinging, we are called to higher standard.

By choosing to maintain the tradition and lighthearted spirit of the Al Smith dinner Dolan is sending a powerful message to President Obama – the message that his door is always open to discussion and compromise and that he will continue to reach out in charity as his primary (thought not sole) strategy to fight this injustice.