I am so fed up with this election (is it November 7th yet?). I have been stubbornly attempting to ignore anything even remotely connected to it.  I have refused to watch any debate, I have “hidden” my political advocate Facebook friends, and I have been flat out avoiding Twitter.

Then, almost by accident, I stumbled upon a blog post that outlined the moral implications of this election.  In it, the author asserted that the way in which I vote has eternal implications – not just for our country, but for my soul.

“The question to ask is this: Are any of the candidates of either party, or independents, standing for something that is intrinsically evil, evil no matter what the circumstances? If that’s the case, a Catholic, regardless of his party affiliation, shouldn’t be voting for such a person.”

Lori certainly is not the only one to point out the dangers to salvation that can be found at the voting booth on November 6th.  Bishop Paprocki of Springfield, Illinois recently commented:

“A vote for a candidate who promotes actions or behaviors that are intrinsically evil and gravely sinful makes you morally complicit and places the eternal salvation of your own soul in serious jeopardy.”

I’ve spent many hours in prayer and consideration since reading these words.   I realized that while I knew where I stood on most of the hot-button issues of this election and had (along with most of the country) already made up my mind about who I was going to vote for, I hadn’t truly considered the weight of these issues – nor had I really considered the many important issues that no one was talking about.  If my soul is on the line, perhaps a little more due diligence was in order.

So, I took to the magical interwebs to find out what the Church really teaches in regard to voting and my soul.

Here is a short compilation of what various Catholic/Christian bloggers and theologians are saying:

…discover they all were over the age of 18 during the 2012 Presidential Election.

Well, that’s it – I suppose we can all just jump in the hand basket and get ready for Hell…

I decided not to give up hope just yet.  I imagined that perhaps this collection of would-be political theologians was missing some essential Truth – some nugget of salvation that would save my immortal soul from the imminent damnation of the 2012 Presidential Election.

The core of the “you’re going to hell if you vote for (insert candidate name here)” argument is based around the Church teaching that we cannot condone intrinsic evils with our votes.  As the Bishop’s document Faithful Citizenship states:

There are some things we must never do, as individuals or as a society, because they are always incompatible with love of God and neighbor. Such actions are so deeply flawed that they are always opposed to the authentic good of persons. These are called “intrinsically evil” actions. They must always be rejected and opposed and must never be supported or condoned. (22)

I figured this idea of intrinsic evil seemed to be a good place to start informing my conscience on who should get my vote (if anyone).

The most common list I found was the 5 Non-Negotiables – it’s put out by Right to Life groups, Catholic Answers, and many others.  It includes:

Turns out, that’s not the whole story…Veritatis Splendor adds just a few more to the list:

“homicide, genocide, abortion, euthanasia and voluntary suicide; whatever violates the integrity of the human person, such as mutilation, physical and mental torture and attempts to coerce the spirit; whatever is offensive to human dignity, such as subhuman living conditions, arbitrary imprisonment, deportation, slavery, prostitution and trafficking in women and children; degrading conditions of work which treat labourers as mere instruments of profit, and not as free responsible persons”

The Catechism of the Catholic Church adds even more:

You can see the difficulty I had in creating a handy chart that would outline where the candidates stood on all of these issues.

“Mr. President, could you outline for me your voting record on the political forms of secular messianism?” 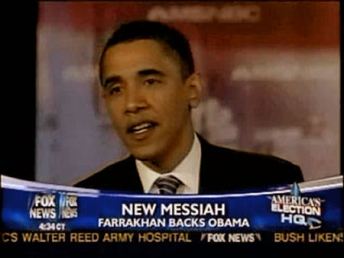 What is secular messianism, you ask?

Not to mention that as lying makes the list of intrinsic evils, I’m fairly certain that I cannot vote for anyone who has ever run for political office.

Now What?: Revising the Guide

Frustrated and tempted to recuse myself from voting altogether, I took a few days off to pray and reflect.  I talked with a spiritual director and a few Catholic friends whom I trust (but who do not all agree with one another).  I examined documents of the Church.  In short, I used all of the resources available to me (not just the blogosphere) to inform my conscience.  In this period of discovery, I came across two nuggets of wisdom that cut through all the BS.

From the Bishops in the preface to Forming Consciences for Faithful Citizenship: (emphasis mine)

Although it [the Faithful Citizenship document] has at times been misused to present an incomplete or distorted view of the demands of faith in politics, this statement remains a faithful and challenging call to discipleship in the world of politics. It does not offer a voters guide, scorecard of issues, or direction on how to vote. It applies Catholic moral principles to a range of important issues and warns against misguided appeals to “conscience” to ignore fundamental moral claims, to reduce Catholic moral concerns to one or two matters, or to justify choices simply to advance partisan, ideological, or personal interests.

It does not offer a quantitative listing of issues for equal consideration, but outlines and makes important distinctions among moral issues acknowledging that some involve the clear obligation to oppose intrinsic evils which can never be justified and that others require action to pursue justice and promote the common good. In short, it calls Catholics to form their consciences in the light of their Catholic faith and to bring our moral principles to the debate and decisions about candidates and issues.

And later in that document:

“When all candidates hold a position in favor of an intrinsic evil, the conscientious voter faces a dilemma. The voter may decide to take the extraordinary step of not voting for any candidate”

And from EWTN’s Voter Guide:

Obviously, one of these candidates is going to win the election. Thus, in this dilemma, you should do your best to judge which candidate would do the least moral harm.

So here it is, ladies and gents, my Catholic Voter Guide that cuts through the BS in 3 easy steps:

See, the thing is, forming your conscience is hard work.  There is no easy chart or graph that is going to do the work for you.  You have to sift through a lot of crap.  You have to carefully discern who you can trust (Popes & official Church documents are generally good) and who you cannot (I’m much more skeptical of Fr. So-and-So’s blog).

And we have to PRAY!

Prayer is probably the most important because it is so easy to ignore the difficult Church teachings in our conscience formation in order to advance our own opinions.  It’s tempting to believe the lie that our opinions, emotions, feelings, and experiences hold more weight in the formation of our conscience than 2000 years of Tradition and teaching by the holiest and wisest to ever walk the face of the earth.  It’s hard to put what is True and Right ahead of our own desires.

Remember Faithful Citizenship, “warns against misguided appeals to ‘conscience’ to ignore fundamental moral claims, to reduce Catholic moral concerns to one or two matters, or to justify choices simply to advance partisan, ideological, or personal interests.”

We should absolutely be concerned about the way our voting ballot will affect our the state of our souls.  But I’m fairly certain that if I follow these 3 steps and stay grounded in prayer, I should be able to escape the inevitable damnation that seems imminent this election season.

Well, not exactly free…after all Someone had to pay.