Now, listen.  I love these little inspirational videos.  I love that Disney has somewhat let go of the typical “princess” party line (you know – fancy dresses, crowns, jewelry, etc….although, those ain’t gone and you can pay big bucks at the parks to have your daughter all dolled up like a fancy fairy tale princess in the Disney parks if you want that).  I think it was a genius idea to juxtapose girls of all ages, races, and abilities with all the different types of “princess” or female leads from their movies who are also of various ages and ethnicities.  I love that they encourage young girls to be leaders, follow dreams, achieve great things, pursue whatever it is that they love, etc.  The first time I watched one of these with my girls, I teared up because I was like, “Yes, my beautiful girls, I want you to be as individual and unique and strong as the Father in Heaven intended you to be!” 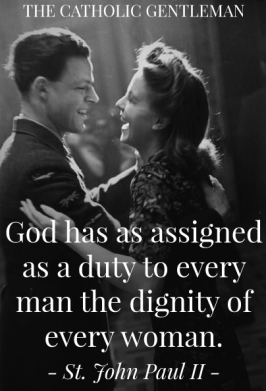 My son, on the other hand, sees these videos, which play quite regularly and says, “Ugh, it’s the giiiirrrlll song again.”  I, of course, jump in and talk about how wonderful it is that girls can do all these great things and that he should always respect and honor the ladies in his life.

But, I realized something – where is the commercial for him, for little boys?  Where is the encouragement to be great leaders, to be the best they can be, to change the world?  Why aren’t the kid-centric companies reaching out to the boys as much as they are to the girls?  How can we have a Clare of Assisi without a Francis, a Mother Teresa without a JP2, a Maya Angelou without a MLK, Jr., or a Princess Kate without a Prince William?

We are living in a ultra-feminist-women can/should do it all-women need to be more respected-women can make all the difference- world right now.  Women all over the world are standing up to and fighting against all the ways they have been pushed down or short-changed or treated poorly and taken advantage of.  This is, of course, fantastic.

I realize that most of the atrocities and pain and unfairness that is perpetuated upon women is not from other women, but most often from men.  There is so much brokenness and lack of fatherhood and good upbringing that it allows for boys (who, by the way, are not BORN hating women or wanting to hurt them) to turn into negative, hurtful, dangerous men.

And, this is where my point with Disney arises.  Yes, it is supposed to be up to parents to raise their children properly and teach them how to be the best people they can be.  But, often, that is not the case.  And, many children are left in the hands of the media and culture to be taught and molded by whatever they see and consume.  And, without direction, parents, or at least solid role models, things can go horribly south.

So, to you, Disney Channel and other big businesses that are directed at children, I call on YOU to do your part to change the culture form an often misogynist, rape culture to one that helps to guide young, impressionable, GOOD boys to become the REAL men that they can and should be.

And, I think you can use the same format as you used for your “Dream Big, Princess” campaign, juxtaposing boys of all ages, ethnicities, cultures, states in life with various well-known Disney characters.  Here’s a few ideas to get you started (in no particular order):

*Woody & Buzz Lightyear
Lesson: Good and loyal friendships aren’t just important…they can often be lifesaving
*Peter Pan
Lesson: Stand up for and protect those who are weaker than you
*Pinnochio
Lesson: Build relationships with good men in your life.  Don’t be a liar.
*Simba
Lesson: Learn from past mistakes and become the best person you can be for the future
*The Jungle Book
Lesson: You have a lot to learn from all different people and backgrounds
*Hercules
Lesson: Use your strengths (physical or otherwise) to fight the evil in the world
*The Sword in the Stone
Lesson: Being small doesn’t mean you are weak
*Prince Eric (The Little Mermaid)
Lesson:  Help the women in your life find their voice if they are struggling to find it.
*Ratatouille
Lesson: It doesn’t matter your background, you can achieve great things.
*The Emperor’s New Groove
Lesson: You can become a great leader if you are willing to listen, learn from, and work with others
*Robin Hood
Lesson: Fight for the poor and oppressed
*101 Dalmatians
Lesson: Protect your wife and children

(These are just what I could think of off the top of my head…I know there are many, many other solid male examples in Disney and other kids movies.)

My husband and I are committed to raising our children to be the best, God-loving, respectful honest, and virtuous people they can be.  But, we also know that they encounter and are affected by the world around them.  So, I hope that Disney and other media groups will take note and make an effort to help us parents to raise little boys to be just as honorable, respectful, determined, strong, and world-changing as their female counterparts are encouraged to be.  Because, the world works best when we work together in love and respect of the uniqueness of the each other.

“In the day when God created man, He made him in the likeness of God. He created them male and female, and He blessed them.” (Gn. 5:1-2) 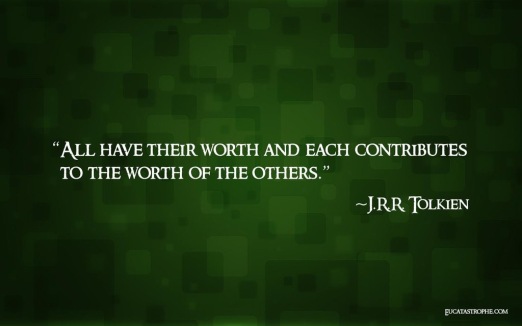