You may have seen this hashtag floating around on the interwebs over the past couple of days.  In case you aren’t sure what it’s all about, it’s inviting women to share if they’ve ever experienced a sexual assault, to bring awareness to how widespread this problem is in our world (and not just in Hollywood, big businesses, or public forum).  As I saw posted in someone’s status earlier, “If you think you don’t know anyone who’s been sexually assaulted, you’re wrong.” 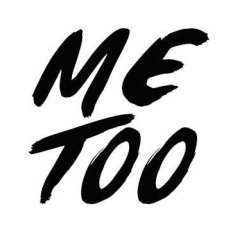 Ever since the issue of sexual assault has come to the forefront, beginning heavily in the election year last year, it’s been on my mind a lot.  I’ve hesitated to share my story mostly because, until this became a big talking point, I honestly didn’t realize I HAD been sexually assaulted.  Which is why this story will come as a surprise to my family and friends – I’ve never talked about it because it took me until i was 37 years old, approximately 15 years after it happened, to be able to name it what it was.
Back up to who I was as a teenager and young adult – a proponent of chastity and saving sex until marriage.  I had one boyfriend in each of my sophomore, junior, and senior years, all of them for a short amount of time.  Though I experienced some, shall we say, “handsy-ness” from those boys, there was nothing major that went down because I was very serious about working hard to maintain my purity.  This meant generally being broken up with pretty quickly when these fellas discovered I was a “prude”.

Entering into my college years, I still had little to no “sexual” experience that was probably considered the norm for most 18-22 year olds.  Again, generally speaking, even if I did enter into a relationship with someone, they were mostly short-lived because young adult guys also were mostly not interested in a girl who wasn’t going to “go very far.” 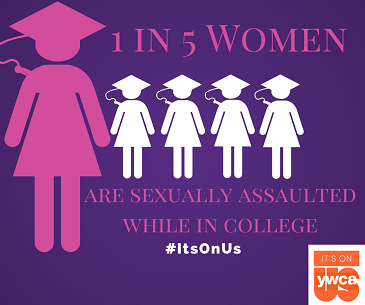 Towards the end of my senior year, I went on a spring break trip with some girlfriends and some of their boyfriends/guy friends who I didn’t know as well.  We were road tripping from the midwest down to Florida, so it was a lot of time spent in a minivan.  One of the guys and I had sort of mutual interest in one another and there was a lot of flirtatiousness between us throughout the spring break week.  I don’t remember that we had any physical contact beyond maybe kissing once or twice (that’s how non-issue it was, i can’t even remember much happening b/w us).

But, I CAN tell you that I remember what happened on the ride back north in the back of a minivan.  I won’t go into detail, but let’s just say that the back of a minivan full of your friends is a throughly NON-sexual environment where there was no suggestion of any sort of physical contact.  Suffice it to say, this is where I was sexually assaulted, under the cover high backed seats where only he and I knew what was happening.

Being so surprised and unaware of what/how/why this was happening, I didn’t know what to do.  Yell out?  Cause a scene?  Try to ignore it?  (I went with option #3.)  I was so unfamiliar with the action because, as I mentioned above, I’d been working hard to maintain my purity and had never experienced those types of actions.  I felt ashamed and dirty and sick to my stomach, in that moment and for the rest of the trip or whenever I was near that guy.

Being a practicing Catholic, I felt the need to go to confession about it as soon as I could back at school.  But, I struggled with knowing what the heck I was confessing.  I didn’t think I had done anything wrong, but I put the blame on myself assuming I had brought this guy’s actions upon myself.  And that, since I didn’t stop him, I had participated in an impure, sexual action.

Even though I had confessed it and had nothing more to do with that guy after that trip, I realized the incident kept coming into my head for months following, keeping me filled with guilt.  It honestly took years for me to get over it, although it would pop into my head from time to time.  But, it would bother me especially when anything would start down a physical path in any dating relationships and I would wonder why this one, isolated incident from when I was 22 years old would keep haunting me and causing me to feel guilt.

It wasn’t until marriage that I no longer thought about it regularly.  Once I was in a healthy, committed, loving relationship with my spouse, the lingering guilt and, I would assume, fears that had rooted inside me finally started to lessen.  Only in the past year or so, listening and reading about the stories of women who have been assaulted in this way was I able to finally name that incident and call it what it actually was.  And, in naming it, I was finally able to have power over it and let it go from my heart and mind.

Why do I tell this entirely too long story?  To let any young woman out there know that even in a Catholic environment, with “good” guys, this kind of thing could happen.  To tell you that if something has already happened that you did not consent to, did not go looking for, in a time and place that was not appropriate in any way for a sexual action to have occurred, you probably have experienced a sexual assault.  I’ve learned that “assault” doesn’t necessarily mean “violent”.  It means outside of your power, without your consent or knowledge that it was going to happen, it means that it hurts your dignity or soul.  And, to tell you that if it has or does happen, IT IS NOT YOUR FAULT.

Let this speak hope to you.  Though I struggled with this incident throughout my life, it did not strip me of God’s love for me or stop me from being His beloved daughter.  God was not and is not ashamed of me for the actions of others.  He never stopped calling out to me to remain close to His Most Sacred Heart and to find my worth in Him alone.  I fought hard to remain a virgin until marriage and to be in relationship first and foremost with the Lord throughout my life.  And, that has made all the difference.

Friend, know that I am praying for you and that you are not alone.