Lent, and especially Ash Wednesday, is such an interesting thing in this era of social media and technology.

Back when I was young, Ash Wednesday was a big deal to us because, well, we are Catholic AND we went to Catholic school.  Other than McDonald’s offering fish sandwiches on the menu, the rest of the world didn’t seem too clued in to what we over in our Alabama 1% Catholic community were doing.

When we would show up places after school, we were looked at funny or asked what was on our head.  I don’t even really remember there being a lot of Ash Wednesday services at all the Protestant churches like there seem to be today. 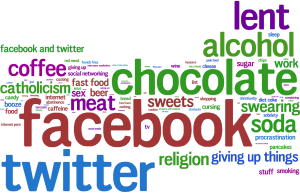 But, now, social media is exploding with reminders of the beginning of Lent and Ash Wednesday.  The hashtag #AshTag is trending on Twitter.  There’s blogs upon blogs upon blogs suggesting ways to make the most of your Lenten season.  There’s Instagrams left and right of people’s ashy foreheads (guilty!).  There are even a few new and very cool apps out there that are specifically for meditation and reminders to pray daily and not to eat meat on Fridays during Lent.

“Teenagers today don’t even know how to form a complete sentence because of technology.”

“People who use social media all the time don’t know how to engage in ‘real’ relationships.”

I recently attended an in-service about using technology to pass on our faith and I was more shocked than I should have been at the vitriol (sorry, sometimes the English major in me really cannot pass up a great vocab word) that poured forth from my peers.

I shouldn’t have been shocked because I’m aware it’s out there – I hear it occasionally from parents, parish staff members and other adults I know. I was shocked partly because I’m so immersed into the culture of the inter-webs (as my grandmother still calls it) and social media that I can often be blind to its downfalls, but also partly because I just flat out disagree with so much of the criticism.

One critique I hear is that the anonymity of the Internet allows us to try on different personas and different attitudes in different places. This may have been true even 2 or 3 years ago, but today? Today, my Facebook and Twitter accounts are linked to my blog. My LinkedIn account talks to Google+ and any photo I take with Instagram gets posted on all my social networking sites. In other words, today it’s all connected.

END_OF_DOCUMENT_TOKEN_TO_BE_REPLACED

So, I ran across this article  (130 million Tweets everyday are not worth reading, researchers find – Telegraph) today and it got me thinking about Twitter…

You and I both have been annoyed by Twitter at some point.  Those who don’t use Twitter are annoyed by the whole concept of Twitter.  Those who do use Twitter get annoyed by poor twit-equette (yep, I just made up that word).  You know, the Tweet with 7 hashtags, the “I got a +K from…” update every 5 minutes, or any of the other annoying behaviors the article articulates.

(If you don’t understand +K, click the link…but I’m warning, you’re about to have your self worth judged by numbers…and you’re going to like it.) 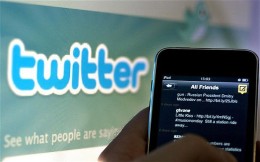 Having a PB & J today...just like old times. #childhood

So here’s my question:  Why do we still do it?  Why do we need to constantly be speaking out into the void and desperately hoping for a retweet or a mention? Are we self-absorbed? Insecure? Vain? Is there some sort of deeper fear that’s having an impact on our Twitter behavior?  Or are most of us just generally annoying people who don’t do much that is all that interesting?

I don’t have an answer for these questions…after all, that’s why I have a blog, so I can ask these questions without having to answer them.  Only…the fact that I even think my thoughts are worth blogging (and then Facebook posting, and Tweeting and re-Tweeting about) comes from the same place.

It’s a place that greets me in the shower each morning and where I think about what I might want to blog about today.  Or the place I find myself when I’m at a stoplight trying to craft the “perfect Tweet.”

So, I guess I did answer my own question…the reason I Tweet and blog is because I want to make this world just one smile, one prayer, one self-reflection better than it would have been without me in it.

The challenge now is to remind myself of that every time I stare at that 140 character long blank line: